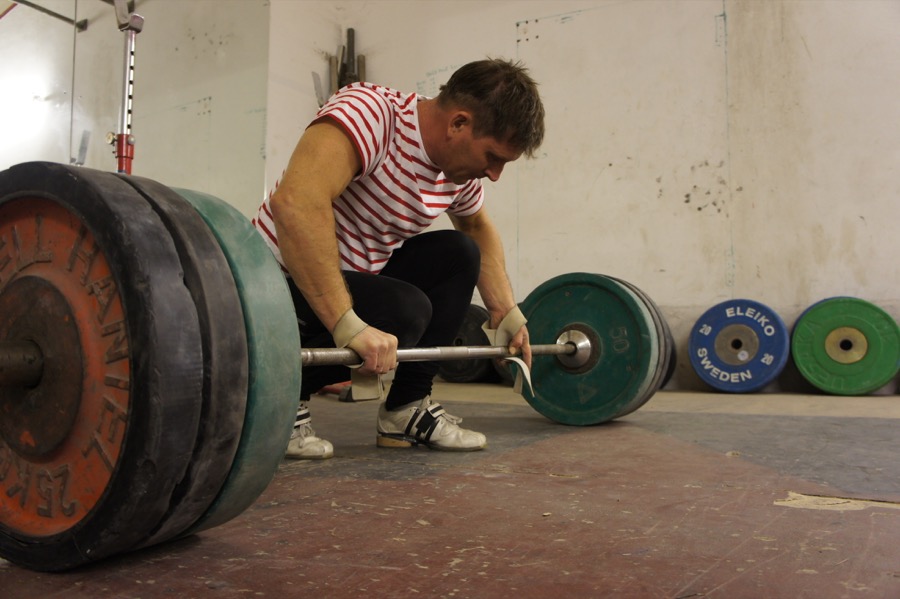 Marius started Olympic lifting at Morris Motors Weightlifting Club in 1982, after being sent to put on some muscle for his County Cricket.  By 1985 he finished 4th at the British Schoolboys. The following year he became British Champion.

From 1986 he concentrated on weightlifting alone and in 1987 was selected for the British Weightlifting team.

In 1988 he won silver in the Power Pentathlon (a competition based on the Snatch, Clean & Jerk and three athletic events) in East Germany. In 1989 at junior level he finished 8th in the European Championships in Yugoslavia.

Marius went on to win many British titles and international medals. In 1994 he competed for Wales in the Silver Dragon competition a well known world cup competition. He won the prestigious title of Supreme Champion. Previous year’s winners of this title include: Dave Morgan (Wales), Stefan Botev (Bulgaria) and Nicu Vlad (Romania).  In 1994, Marius became the British record holder at 83kg. 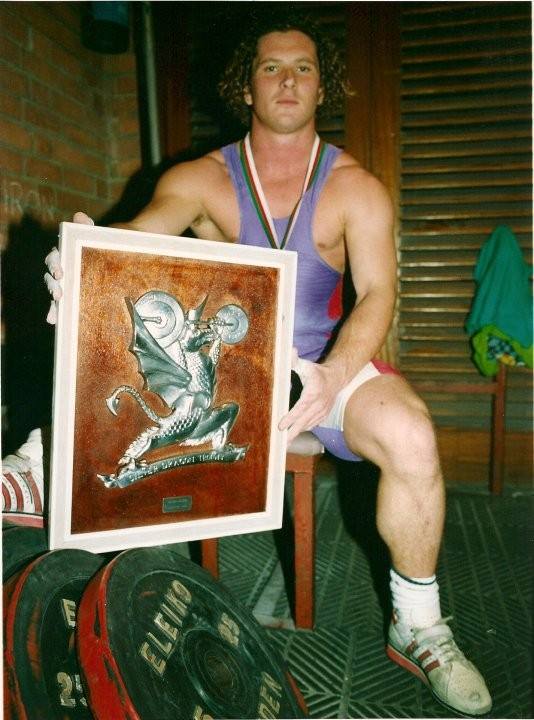 During 1995 Marius spent some time lifting for A C Rollfix in Austria, a team based in the Austrian Weightlifting Bundesleague, where he won medals in a very competitive environment that included many lifters from Russia, Hungary and Bulgaria.

In 1998, Marius competed for Wales in Kuala Lumpur at the Commonwealth Games, although he was sustaining a back injury he came a respectable 6th place.

In 1999 Marius won his last British Seniors title at 77kg before retiring from weightlifting.

Following his retirement he went on to train for the GB Bobsleigh trials and later played Rugby.

Since 2000 Marius has been coaching many weightlifters that have gone on to win British titles and elite British lifters.

He has also coached many athletes, rugby players and even skiers. All of these rugby players are playing at a high level and a number have gone on to play for Wasps and England.

Marius continues to lift weights and races motocross for his latest hobby! 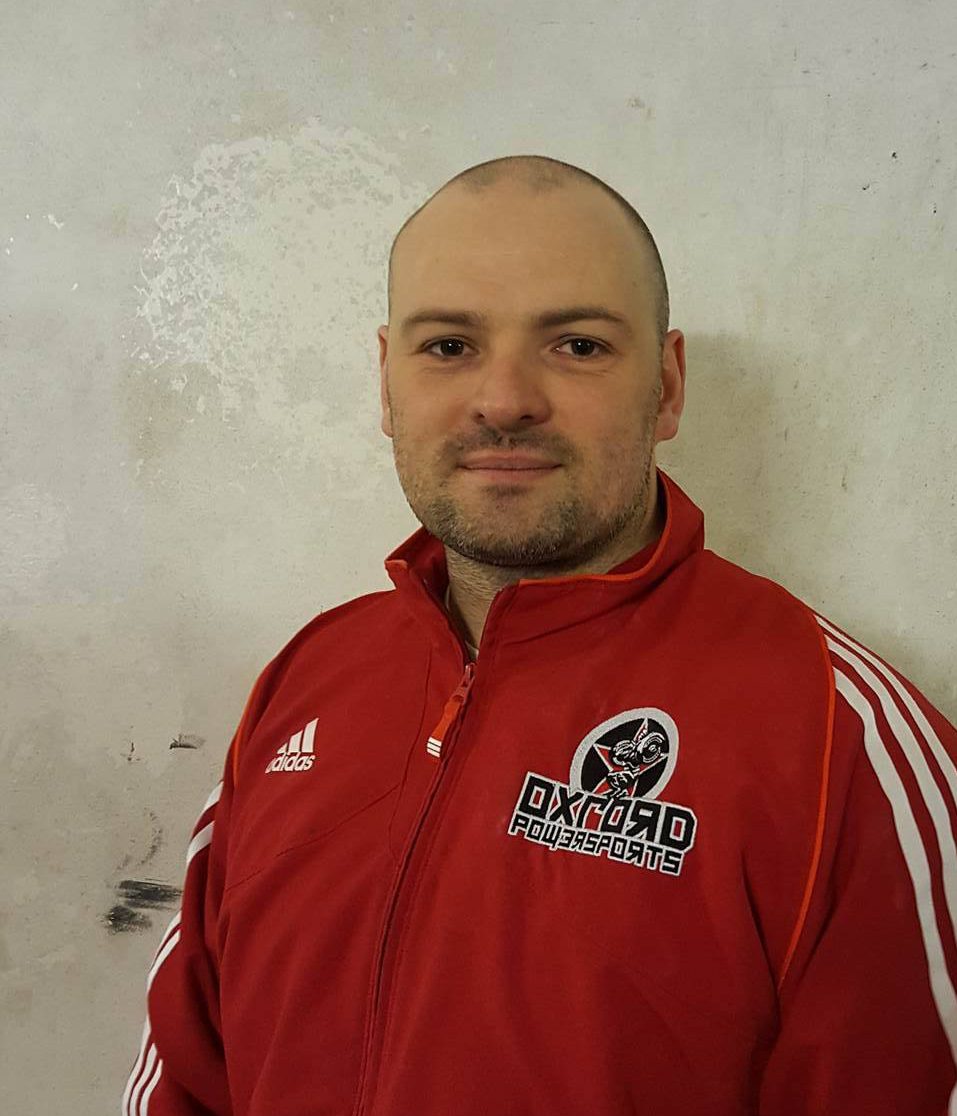 Gareth started weight training with a family member and met Marius at Morris Motors Weightlifting Club in 2003. Gareth has competed in the lifting league, central region competitions and now as a master’s lifter at a British level.  Gareth is still training and competing and aims to win British titles as a master’s lifter and also reach the European and World standards.

Whilst Gareth is very committed to his own training and competing he has a huge passion for the sport and especially coaching.  Alongside Marius and Julie Gareth has helped many people achieve and surpass their goals in weightlifting and is comfortable working with lifters of all ability levels, sex and age.  Gareth has had great competition experience as a coach and has helped many lifters perform fantastically well on the competition platform.

Gareth is a qualified level 2 coach and holds a current licence. 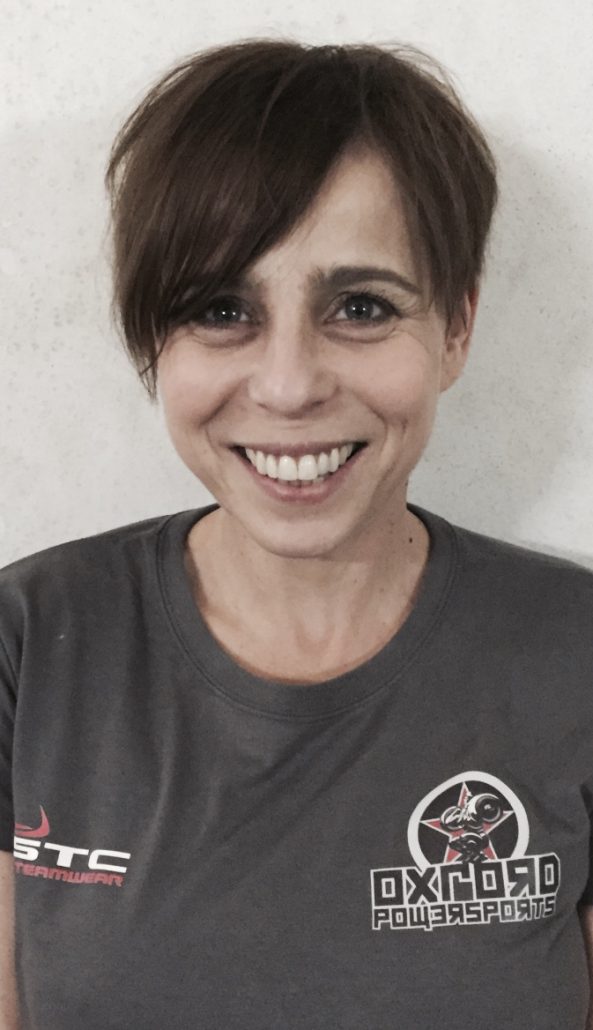 Julie began weightlifting over 10 years ago, where she met Marius at Morris Motors Weightlifting Club. Along with Marius, Julie went on to set-up Oxford Powersports when the club moved to it’s current home at Oxford Rugby.

Julie competed in master’s competitions, winning the British Masters in the 53kg class in 2009 & 2010.

Forced to retire from competitive lifting in 2010 due to a long-term illness, she now continues to dedicate her passion for weightlifting by coaching the majority of the female lifters at Oxford Powersports.

Julie is a qualified level 2 coach and holds a current licence. 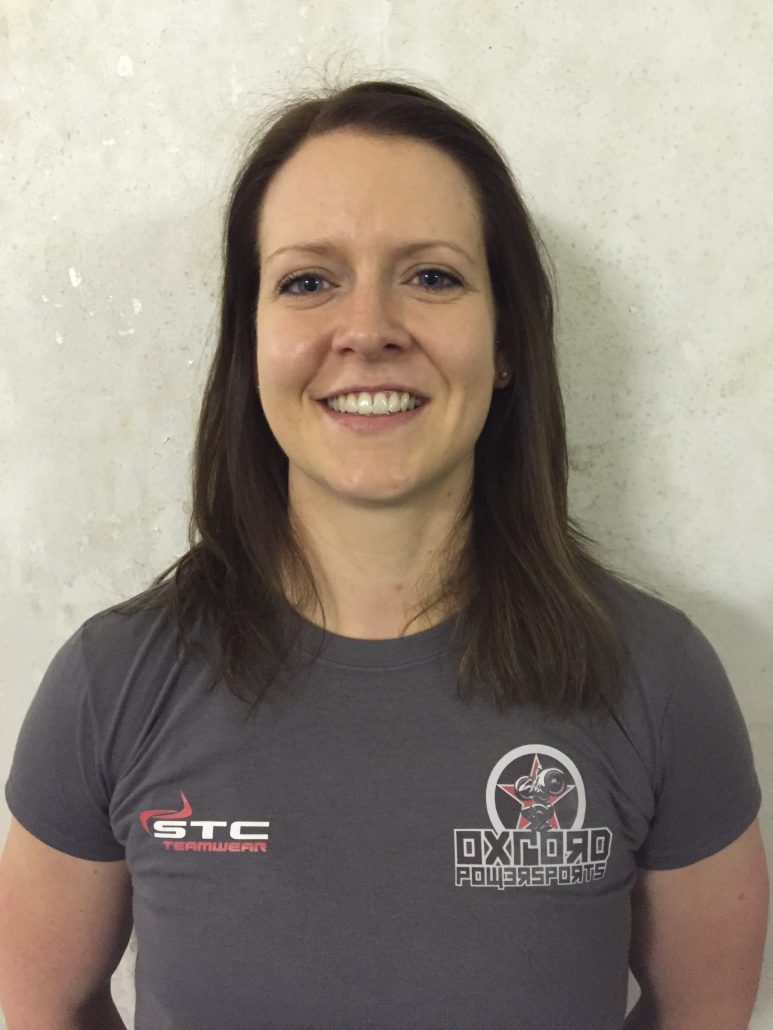 Holly joined Oxford PowerSports in early 2014, having found weightlifting through CrossFit. Whilst still training and competing in CrossFit, in 2015 she decided to focus more time on weightlifting and competed in her first British Weightlifting Open, gaining an invitation to Central Regionals in December 2015 and qualifying for the English Championships in 2016 where she placed 6th. With Gareth programming and coaching her, her current goal is to qualify for the 2017 British Championships.

As Target Coordinator Holly assists the coaches in keeping track of all the athletes, their upcoming competitions and the goals/totals they are working towards. She also organises our monthly squad sessions, social events including the Christmas party and provides baked goods for post weigh-in carb loading!

We use cookies to ensure that we give you the best experience on our website. If you continue to use this site we will assume that you are happy with it.Ok
Scroll to top